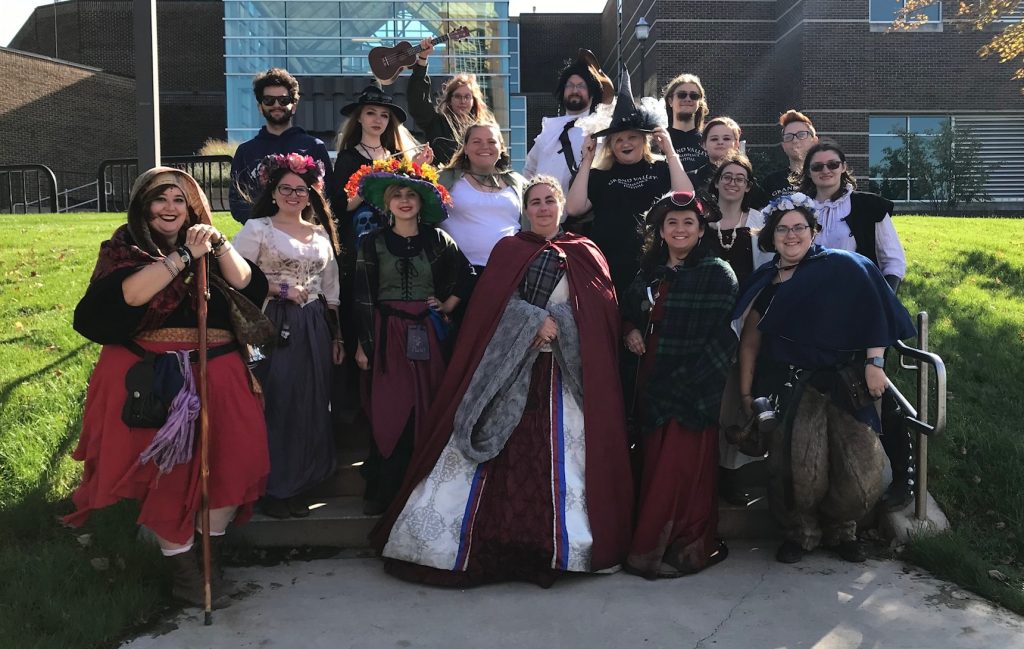 Due to the current public health crisis and for the health and safety of our cast, merchants, entertainers, patrons, and wider community, the GVSU Renaissance Festival has made the difficult decision to cancel our 2020 festival.

The Grand Valley State University Renaissance Festival Club (or “GVRen”) was founded in 1995 by four students at Grand Valley State University.  Since that time, it has shrunk and grown as students came and went, with each successive group carrying on the tradition of the founding members–to hold a renaissance festival on campus each year for the enjoyment of club members, the university, and the community of West Michigan and beyond.

The festival in 2015 marked the 20th annual festival, an event that has been joined in the past on the organization’s yearly calendar by the short-lived Yule Market and longer-running Duke’s Ball, among other events.

The dates for our 2021 festival will be made available sometime in early 2021.

Festival is rain or shine, so come despite or because of the weather!  We would love to see you there.

Club meetings take place in Kirkhof Center on Tuesday evenings from 8-10PM during the school year.